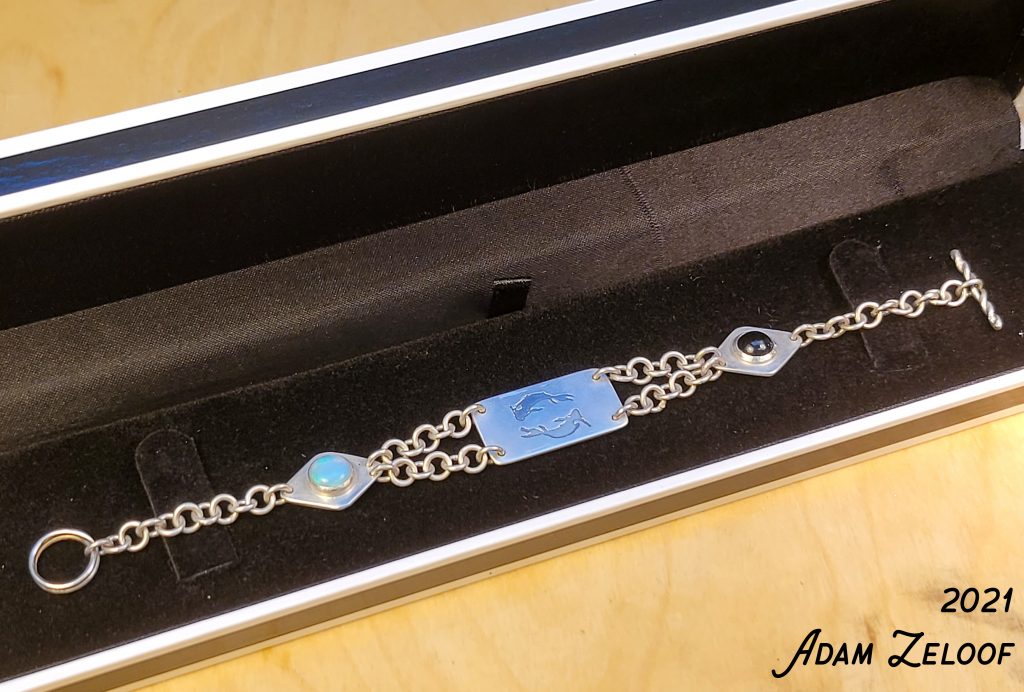 I figure it’s about time I write a post about the Jewellers school I’ve been enrolled in for the past couple of months. I just finished my first semester at the K2 Academy of Contemporary Jewellery, with two semesters left in the year-long program. The theme of the term was connections, both in the literal and figurative senses. This lead to lots of chains and other types of linking between parts, which you’ll see in some of the pieces below. There were two main projects- a bracelet and a necklace, as well as a ton of other, smaller tasks.

First up is the Koi Fish Bracelet I made for Sara. The assignment was to make a commissioned piece for a “client,” designing and creating a piece uniquely suited to their style. We sat down together and started sketching out a few designs, and landed on what you see below. The two Koi fish swimming in the center element were chemically-engraved from a design I drew in Illustrator and printed on Press-n-Peel Blue transfer paper. The dark fill in one and the outline of the other was achieved by painting on Liver of Sulfur to selectively oxidize the piece, and polishing to clean up the edges. The two stones set on the kite-shaped links are opal and onyx cabochons. The three flat elements and the two stone settings were cut from silver sheet stock and rolled/filed appropriately, and the chain and toggle were made from 1mm silver wire. The uniform chain links were made using the coil-and-cut method, where you coil wire around a rod, cut the coil with a saw, and solder each link to form a chain. The overall piece is a bit duller than you might normally expect from something made of silver. I first presented Sara with it when it was half-assembled and brightly polished, and she asked for a satin finish instead. I’m glad we made the change, because the fish completely lose definition and become harder to see when the piece is all bright and shiny.

This one was a ton of fun (and a bit less stressful than the bracelet) to make, and I’m actually wearing it as I type this. The idea was straightforward: paperclips. When I started the course, my Dad made a paperclip chain and texted me a photo, joking that he wanted to learn how to make chains too. I really liked the idea of making something that looked “cheap” even though it wasn’t- a silver necklace that looks like a simple paperclip chain you may have made as a child. One of the instructors at K2 suggested that I may want to do something a bit more interesting than making every link an identical paperclip, so the necklace became a bit more abstract. Some links look like conventional paperclips, some look like they could function as paperclips (and many actually do!), and some look paperclip-adjacent. Most are round wire, some are flat, and others are square, bu they all link together to form a chain. The pendant keeps with the looks-cheap-but-isn’t theme, and is a bottle cap I bent from silver sheet (which was surprisingly difficult!). The entire thing looks like it was made from bits you could find on the street (which was actually another assignment in the course) but it was all painstakingly bent and soldered from silver wire and sheet. I also used Liver of Sulfur on this piece, but unlike the bracelet I chose to oxidize the entire thing. After darkening the silver, I polished the face of the bottle cap and shot-tumbled the necklace for a bit to even out the color and shine the higher surfaces.

This one was quicker than the others, but I still wanted to include it. It’s a pearl-style beaded necklace made from dice. I managed to buy a few hundred random/defective dice off of eBay, and sorted through them until I found some that I wanted to use. I drilled through all of them, and got to stringing. Each die is knotted in place, and the clasp is a chopped-in-half d20 with magnets stuck inside.

Well, hopefully there will be some more cool pieces for me to post about when the second term starts in the new year. For now, I wanted to close with a few photos of other random bits from class, including mockups, other pieces, and in-progress photos of the pieces above. 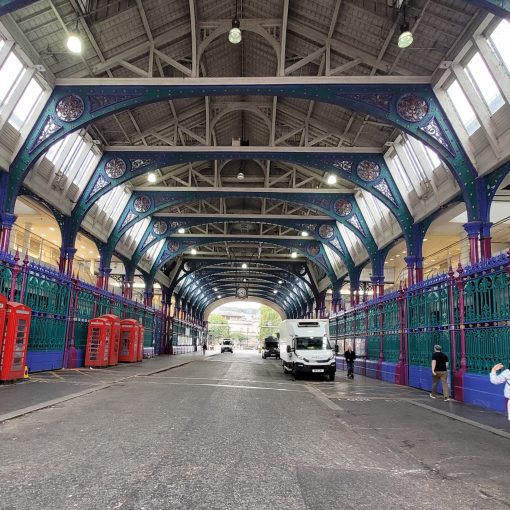 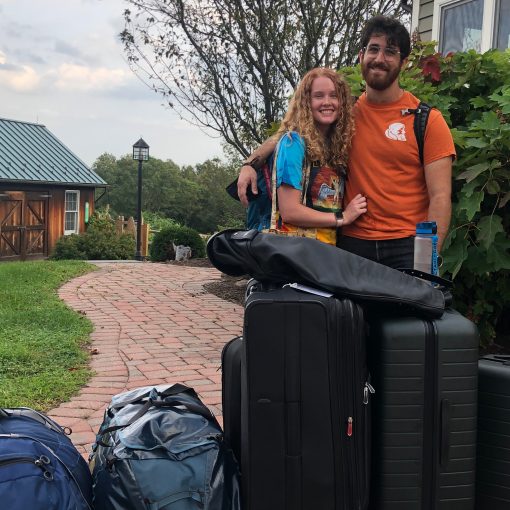 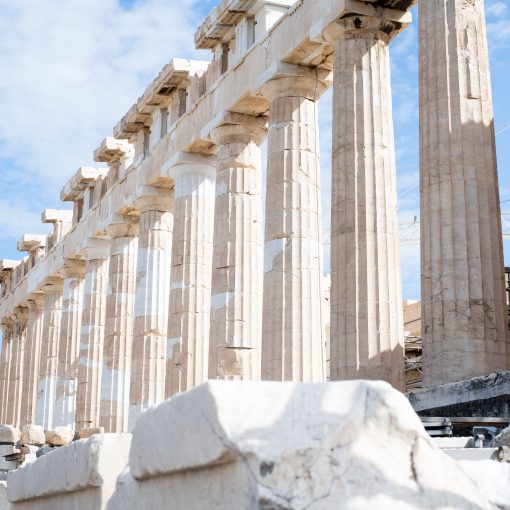 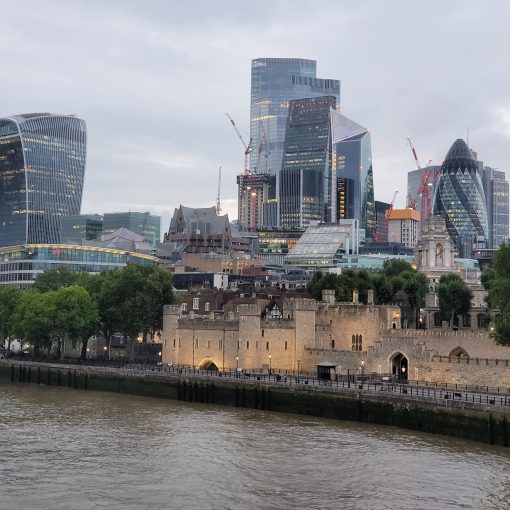