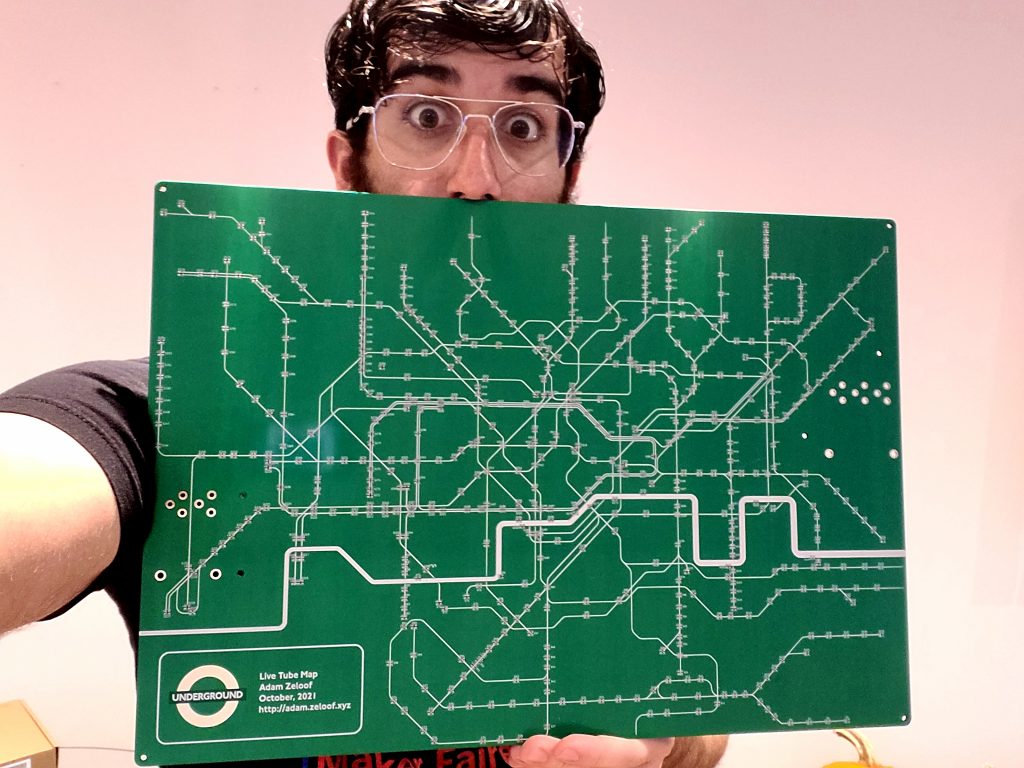 Back in October I foolishly decided to make a live map of the London Tube system. I ordered some inordinately large PCBs, a ton of Neopixel LEDs and failed miserably at soldering 585 of them to the map with hot air. When I was visiting my family in December, I tried again, this time with an old powder coating oven and was a bit more successful!

The plan is to eventually stick the big board in an enclosure, with a decal of the Tube map stuck on the front so that the LEDs shine through under each station. The lights will be controlled by an ESP32, which will query live data from the TFL API.

One of the other problems I ran into back in October were mistakes in the design of the sideboard, a second, smaller PCB that served as a controller for the main map board. Last week, I redesigned it and ordered a new set of sideboards from PCBWay, who were generous enough to sponsor the project and make me a new batch of boards super quickly (which is great, because I can be super impatient). Usually I ask them for all sorts of fun colors, but since these boards are just going to live inside an enclosure I stuck with classic green. The boards just showed up today and look fantastic, and with any luck I’ll get the chance to solder one up soon. Another status update then! 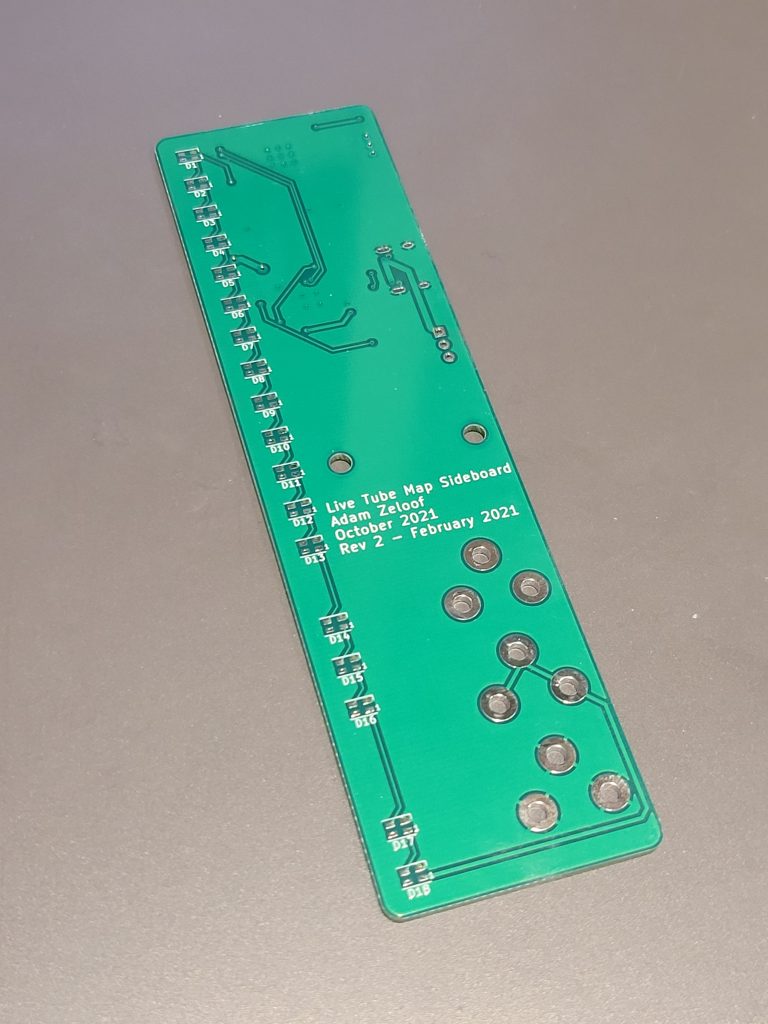 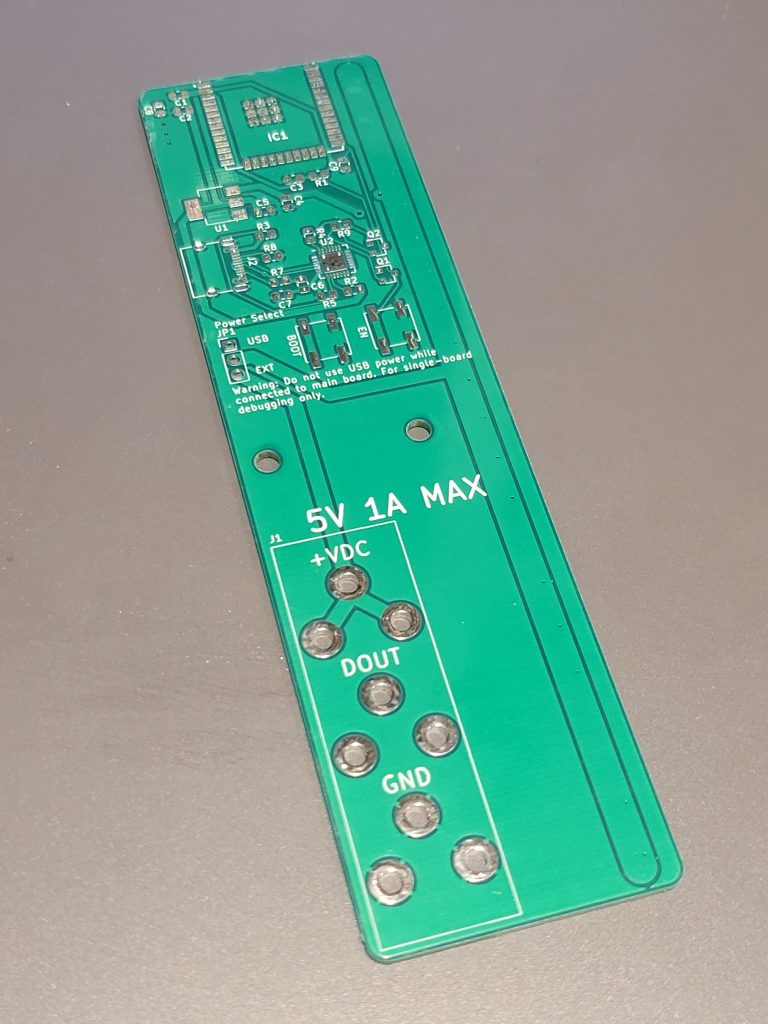